‘You just started a war‘.

While the comic book films of yesteryear had villains who wouldn’t step out of the comfort zone of world domination, both the heavy-hitters of today seem to be battling with the self, over accountability and blame. Captain America: Civil War brings with it stakes that are dearer, enemies who are old allies; and with the entry of Black Panther, Antman and a certain web-slinger, the Marvel roster is expanding more than ever. END_OF_DOCUMENT_TOKEN_TO_BE_REPLACED

Now that we’re finally past the cinematic graveyard that is January, it’s time to come face to face with the long menu of blockbusters that 2016 has been cooking all this while. Perhaps the one most significant for the future of the comic book movie landscape, Batman v Superman: Dawn of Justice has been riddling us with as many trailers to celebrate as to be disappointed over. When you have a studio going all in on a single behemoth play that will prove decisive for DC’s Extended Universe plans as well as Marvel’s reign, it’s inevitable that all eyes are on the play (think: Bond calling Le Chiffre’s bluff in Casino Royale) being dared. END_OF_DOCUMENT_TOKEN_TO_BE_REPLACED

With 2016 under way as the year of the comic book movie showdowns, DC has made the first move with its release of the first official trailer for its twisted addition to the genre, Suicide Squad. While the teaser that came before gave us a really gritty, action-packed face of the film, this one cannot wait to burst into a rock opera. Played to the fitting score of Queen’s Bohemian Rhapsody, this trailer is sure to grab the crowds with its suave and poetic style: END_OF_DOCUMENT_TOKEN_TO_BE_REPLACED

After the solid trailer from Captain America: Civil War came out of the left field last week, it was clear that DC would be highly unlikely to not put something out this week, to get the discussion back in its court. Today, surprisingly also on Jimmy Kimmel’ show, the new trailer for Batman v Superman: Dawn of Justice has dropped like a meteorite into the masses of fans everywhere. Did it make an impact and answer a lot of questions way too many fan theories have been built around? Yes. Is it good? Well, see for yourself. END_OF_DOCUMENT_TOKEN_TO_BE_REPLACED 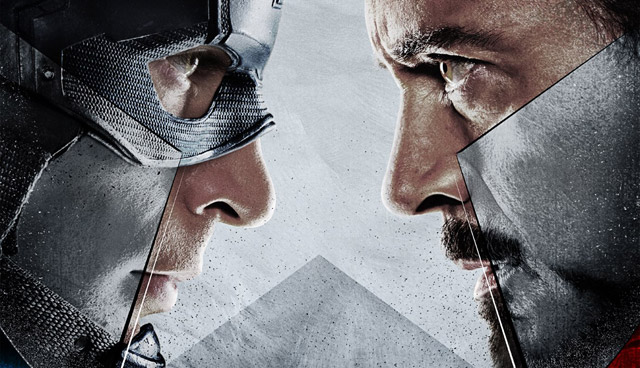 So today Marvel dropped something out of left field, especially when fans all over the world are still reacting to the promotions by another franchise that now belongs to Disney. The Captain America: Civil War trailer is out, and with it comes our first look at Black Panther in action. Right off the bat, I must say, the movie looks a lot smaller in scale than anticipated, and aeons smaller in scale than the original comic arc Civil War. Considering where the MCU stands today in terms of scope and reach between its characters, I think that was the safe decision, which might well work out for the best. END_OF_DOCUMENT_TOKEN_TO_BE_REPLACED 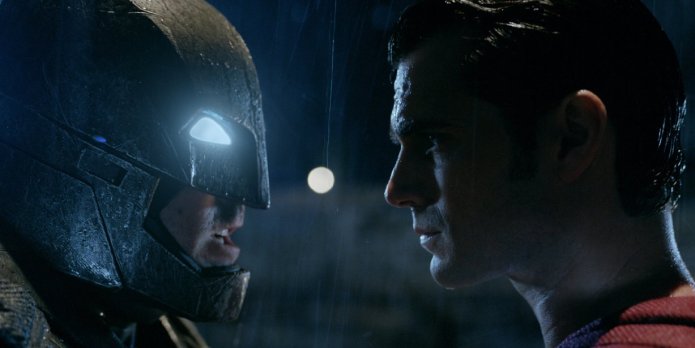 I know I’m a bit late to talk about these trailers from the San Diego Comic Con, but after my hundredth time watching the Batman v Superman trailer, I was obligated to repeat the process another few times.  Last weekend saw San Diego’s population double in number and multiply in costumes as from all over the world, fans of comics, Star Wars and pretty much anything you can cosplay made their annual journey to their Mecca. Owing to Marvel Studios deciding not to attend this year, Hall H – which over the years has become notorious for exclusive filmfare – was marked for DC from the moment Zack Snyder turned up in the Batmobile to the welcome of fans who might stalk him for details on the film he’s helming. They’d best have brought their A-game too, the eyes that give purpose to the Con being as merciless as they are hungry. END_OF_DOCUMENT_TOKEN_TO_BE_REPLACED 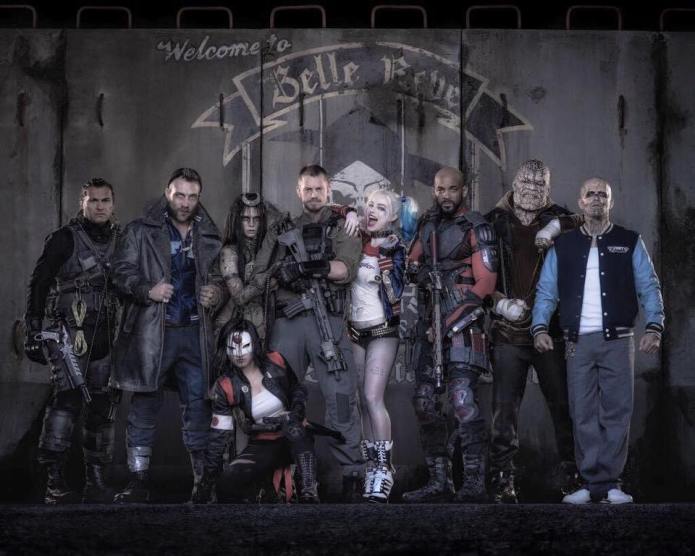 The reveals just keep coming, and this time David Ayer has released the mother-load on his 2016 film Suicide Squad which stars Will Smith, Joel Kinnaman, Margot Robbie, Cara Delevingne, and others as the villains of DC heroes who are commissioned by the government to carry out special black-ops missions as Task Force X. While most reveals related to this movie have been surrounding the much-anticipated and worried-about character of the Joker to be played by Jared Leto, in this one picture Ayer gives us our first look at the entire Squad in costume. END_OF_DOCUMENT_TOKEN_TO_BE_REPLACED

We live in a wonderful time; a time when we can watch the superheroes we read about in comics and watched very rarely in movies, mostly animated, come to life and share time on the big screen in a huge cinematic event. Joss Whedon and the whole team at Marvel have been toiling away for the past few years to make the otherwise more obscure Tony Stark, Steve Rogers and Thor household names, and it has been three years since they united on screen for the first time ever. Now, after another round of solo movies – some surprisingly good (The Winter Soldier) and some surprisingly bad (Iron Man 3) – the Avengers are back in action to take down an enemy that they, at least their poster-kid, created. And while Age of Ultron maintains that undeniable popcorn-quality entertainment that the franchise is famous for, it does not live up to its predecessor and in fact falters on several counts that make it not the most satisfying of sequels. If Avengers was that delicious dish you watched being prepared and served hot, Age of Ultron is the same dish served the next day with a couple of new sides, but keeps you searching for more. One thing’s for sure: the best part of the film is Hawkeye. (To those jaws that have dropped, I will address this later on in this review.) END_OF_DOCUMENT_TOKEN_TO_BE_REPLACED

The new age of comic-book based movies has also ushered in the eagle-eyes of the fanboys picking at and ranting on every tiny detail that does not mirror the exact same as in the comic source material. It seemed as if in answer to that, that Batman v Superman: Dawn of Justice in all its teasers and trailers has stressed and driven home the fact that they are not straying away from Frank Miller’s magnum opus The Dark Knight Returns, hailed the best superhero graphic novel of all time. And running parallel to this 2016 bout was DC’s other flagship, Suicide Squad, and till yesterday, it seemed that Jared Leto’s incarnation of the Joker would also stick close to the one in the same graphic novel. Then this morning rolled around, and we have been thrown our first official look at the Joker by David Ayer, on this day 75 years after Mr. J was created. END_OF_DOCUMENT_TOKEN_TO_BE_REPLACED

Well it’s trailer season….ah screw it, I’m tired of coming up with new lines for the gargantuan number of trailers that have been exploding over the internet lately. END_OF_DOCUMENT_TOKEN_TO_BE_REPLACED